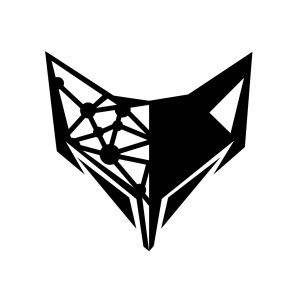 How To Make Money From Apps

How to make money from apps is definitely a very good question. If you plan to build a mobile app, monetization is an essential aspect that should be considered. Developing an app can take up a lot of time and resources, so if it’s an investment for you, you want to ensure that it is marketable. With that said, there are several ways to make money from apps.

There are a few things to consider before jumping into the different ways apps can make you money. First of all, the platform you choose can make a world of difference, so it is essential to weigh all the pros and cons.

The apps on the iOS platform tend to make more money than those on Android. In fact, statistics show that apps in the App Store make two times as much money as those in the Google Play Store. In addition, developers tend to earn more per app user in comparison. The numbers indicate that 25% of iOS developers earn over $5,000 monthly, while only 16% of Android developers fall in the same category. So, if you are concerned about the odds of earning a substantial income, you may want to look into developing apps for the Apple Store.

For the developer, there are a number of ways you can use subscriptions and upgrades to your advantage. You can allow users to download your app for free and gain access to its basic uses, but require payment if they want to use advanced features. Many app developers tend to go the subscription and upgrade route as it allows them to have users download the app for free, yet keep back the best parts for monetization. If users enjoy the basic features, they will then be tempted to upgrade in order to gain access to the full benefits of the app.

Concerned about the design and launch process? Kodika is an iOS mobile app development platform that allows creators to quickly design and build out apps without needing knowledge of code. With this option, you can go from the app concept to making money from your app in no time.

Now that we have talked about the two major mobile platforms and how they differ, it is time to look at the different ways you can make money from apps. There are four main monetization paths followed by mobile app developers:

With a growing number of people choosing to make purchases on their mobile devices, in-app purchases have become fairly popular. In fact, 63% of mobile users who make purchases using their smartphones or tablets prefer to do so from inside a company’s app rather than from their mobile site. The speed and convenience of doing it from an app is the most important reason.

For example, someone with an Apple Pay account linked to their Apple device can make payments for a product or service from within an app with a single tap or click; no need to use a credit card or sign into PayPal, or go searching for another app to make payment. If you are launching an app to boost your online store or website’s revenue prospects, you should make sure that it is configured for in-app purchases.

Another way to make money from your app is to have users pay to download it to their devices. With way more free apps available, this might seem like a foolhardy idea. However, there are plenty of people who don’t mind paying to download an app. Some believe that paid apps are more trustworthy than free ones. In the case of the App Store, people who pay to download apps onto their iPhones and iPads are usually more loyal. Having made the initial effort to pay for the app, they are often inclined to keep using it and even pay for additional features. This is one reason why it makes sense to create apps specifically for the Apple platform, even if you have plans to develop an Android version.

Make sure to spend time thinking about this strategy. Making your app available for a fee requires careful consideration. If people can find an alternative that is free and does the same thing as yours, they won’t see a need to pay for it. With that in mind, your app needs to be very niche or unique to the point where users feel the benefits far outweigh the cons.

Instead of paying one large fee to download an app, some mobile users prefer to pay a monthly subscription. This is more desirable to some users for several reasons.

Allowing other companies to place ads within your mobile app is also a great way to make money from apps. How much money can you make from an app that allows ads? It depends on the number of daily users you have and their interest level in the ads. The higher your user base, the more likely it will be to earn from ads. You can earn ad revenue based on how many people view the ad, as well as if the ad is clicked and an action performed. As your user base grows, more advertisers may approach you to purchase advertising space. If your app gets really popular, you can even ask for a higher fee from advertisers.

There are millions of mobile apps available in both the Apple App Store and the Google Play Store. However, not all of these apps can bring in substantial income, or any at all, for its creators. There are several reasons for this, including the mobile app launch not being executed properly, not enough research being done before the app development stage, and lacking good user experience. Make sure to plan your monetization strategy well, so there is a clear path to making money from your app once launched.